For us Latter-day Saints, we have three separate creation accounts given to us from the Lord: 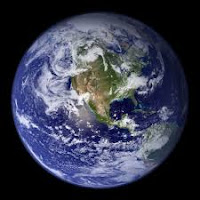 Have you noticed?  The creation accounts that are recorded in our scriptures (Moses & Abraham), are very different from the creation account given in the temple ceremony.  How different?  For starters, nearly every event spoken of in the scriptures, occurs on a completely different day in the temple account.  For example, in the scriptures, light appears on day-1 of the creation, [1] but it appears on day-3 in the temple ceremony.  Plant life was placed on the earth on day-3 in our scriptural accounts,[2] but in the in the temple ceremony, plants were placed on the earth on day-4.  And so it is with most of the events associated with the creation.
I first noticed this discrepancy while on my mission in Washington D.C.  Trying to reconcile the differences in my mind, I came to the following conclusion: The temple endowment was given to Joseph Smith by revelation,[3] so that must be the most correct, and most reliable account we have.
This reasoning satisfied my thinking for about 15 minutes, until I remembered that the Book of Moses and the Book of Abraham were also given to Joseph Smith from the Lord by revelation.

It goes without saying that if all three accounts were given by revelation, then each account must be accurate and true.  But how? Different events occur on different days depending on the account you choose to go by.
Finding Answers
Determined to find answers, I starting asking the smartest people I knew.  I first asked my bishop—a man who had been able to successfully answer all of my previous gospel questions I had asked him (many of which were extremely difficult to answer)—but unfortunately, he did not know.  I then asked my mission president, a man well versed in all aspects of gospel doctrine, but he did not know.  I then asked a General Authority—one of the Seventy who spoke to our mission during my stay in D.C.—and he did not know.  I even spoke with the temple president of the Washington D.C. temple, but unfortunately he did not know the answer either.
I then realized that if I was ever going to find answers to this difficult question, I would have to find them myself.  The day I got home from my mission I started studying.  I bought many books and studied many articles written by the most learned LDS scholars and General Authorities we have had in the church—all in an attempt to have my difficult question answered.
Finally it happened.  Not only did I find a book that touched upon this very topic, but I found that the explanation given was more than just satisfactory.  In fact, it was extremely convincing and made perfect sense.
The book I found was entitled—Earth in the Beginning, by Eric Skousen.  To purchase a copy of this outstanding book from Amazon.com, click on the following image:

In addition to this question, Skousen’s Earth in the Beginning answers many other difficult questions regarding the creation...questions that I have written about here.

Notes:
[1] Moses 2:3-5; Abr. 4:3-5.
[2] Moses 2:11-13; Abr. 4:11-13.
[2] Elder Franklin D. Richards of the Quorum of the Twelve Apostles said, "A Masonic Lodge...was established in Nauvoo and Joseph Smith, Brigham Young, Willard Richards, John Taylor, Lorenzo Snow, Orson Hyde, F.D. Richards, and about 1000 others in all became Masons.  Joseph, the Prophet, was aware that there were some things about Masonry which had come down from the beginning and he desired to know what they were, hence the lodge.  The Masons admitted some keys of knowledge appertaining to Masonry were lost.  Joseph enquired of the Lord concerning the matter and He revealed to the Prophet true Masonry, as we have it in our temples" (Larson, A Ministry of Meetings: The Apostolic Diaries of Rudger Clawson, p. 42).