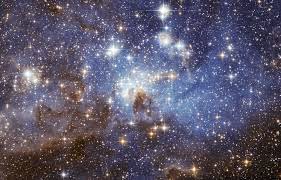 We know that our Heavenly Father has created an innumerable amount of worlds, for as the Prophet Enoch said, “were it possible that man could number the particles of the earth yea, millions of earths like this, it would not be a beginning to the number of thy creations; and thy curtains are stretched out still” (Moses 7:30). We also know that the inhabitants of each of these worlds are “begotten sons and daughters unto God” (D&C 76:24). The question that this article addresses is this: Is Jesus Christ the Savior for each of these worlds? Or did Christ’s atonement cover our world only (i.e., is there a different Savior for each of our Heavenly Fathers earths)?

Because both sides of this argument are somewhat speculative, this article will simply present the arguments for both sides and let the reader form his or her own hypothesis if he or she feels so inclined. 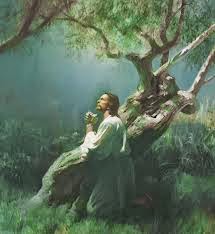 Nothing Short of an Infinite Atonement

In the Book of Mormon, the Prophet Amulek said that “there can be nothing which is short of an infinite atonement which will suffice for the sins of the world” (Alma 34:12).  Commenting on this scripture, Elder Bruce R. McConkie said:

When the prophets speak of an infinite atonement, they mean just that…the atonement of Christ, being literally and truly infinite, applies to an infinite number of earths.[1]

Before we go any further, we must point out that this statement made by Elder McConkie (that Christ atonement applies to an infinite number of earths) is in all likelihood, his expressed opinion. We come to this conclusion because Elder McConkie is not the only General Authority to have spoken out on this subject.  As we shall soon see, there have been others who believed just the opposite—namely, that Christ’s atonement was meant for our earth only. Ultimately, since the answer to this question has yet been revealed by the Lord, we must assume that comments such as this (on both sides of the issue) are somewhat speculative in nature, and should therefore be considered opinions.  With that said, let us examine Elder McConkie's statement of Christ’s atonement applying to “an infinite number of earths.”

There are two schools of thought when it comes to this term infinite. The first definition would include all the earths that have ever been, and ever will be created by any celestial being. The second definition of the term infinite, would include only the earths that our Heavenly Father has (and will) create.  Because our Heavenly Father will continue to be a creator of earths for all eternity, this second definition also falls under the category of infinite because it too includes worlds without end.

With that said, let us hear from the other side of this debate. Rodney Turner argued the opposite position:

The Atonement of Jesus Christ is described in the Book of Mormon as being “infinite for all mankind” (2 Nephi 25:16; Alma 34:10, 12, 14). However, “all mankind” probably refers only to the inhabitants of this earth. (The doctrine of a plurality of other earths or worlds being inhabited by the human race is not found in the Book of Mormon.) Nephi quoted his brother Jacob as teaching, “our God . . . suffereth the pains of all men . . . who belong to the family of Adam” (2 Nephi 9:20–21; emphasis added).
That which is infinite by nature need not be unlimited in scope. Christ’s atonement was infinite in that it was an act of God, rather than an act of finite man (2 Nephi 9:7; Alma 34:10; 42:15; D&C 20:17–18). While the Atonement was unquestionably “infinite” or all-encompassing pertaining to everything that fell in consequence of Adam’s transgression, it is doubtful if its efficacy was literally boundless. Scripture indicates that the Fall and the Atonement, like the two sides of a coin, are inextricably linked together and co-extensive in their effects (1 Cor. 15:22; 2 Nephi 2:22–26). If so, Jesus’ atonement was not infinite in an absolute sense anymore than Adam’s fall was infinite in an absolute sense…. The Atonement is always defined in terms of Adam’s fall on this earth.[3] 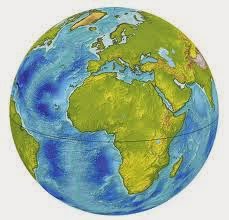 There are other aspects of this topic we need to consider as well. For example, if it is true that Christ’s atonement covers each of our Heavenly Fathers earths, why was our particular earth chosen to house the Redeemer, rather than any one of the countless millions of earths that have already been, and will yet be, created by our Father in Heaven?  There is one school of thought on this. The prophet Jacob said,

Wherefore, as I said unto you, it must needs be expedient that Christ…should come among the Jews, among those who are the more wicked part of the world; and they shall crucify him—for thus it behooveth our God, and there is none other nation on earth that would crucify their God (2 Ne. 10:3).

I suppose that God never organized an earth and peopled it that was ever reduced to a lower state of darkness, sin and ignorance than this. I suppose this is one of the lowest kingdoms that ever the Lord Almighty created, and on that account is capable of becoming exalted to be one of the highest kingdoms that has ever had an exaltation in all the eternities.[4]

This idea seems to have originated from the book of Moses, where God said to Enoch:

Wherefore, I can stretch forth mine hands and hold all the creations which I have made; and mine eye can pierce them also, and among all the workmanship of mine hands there has not been so great wickedness as among thy brethren (Moses 7:36; emphasis added).

What exactly was God referring to when he said “all the workmanship of mine hands”?  Was he referring to all of his creations in the entire universe?  Along with Brigham Young, President Joseph Fielding Smith also believed this to be the case, for he said of this scripture:

While much of this is speculation, it does answer the question as to why this earth would have been chosen to house the Redeemer (as opposed to another earth in God’s universe), if Jesus is in fact the Savior for more than just our earth. However, this scripture in Moses is not enough evidence alone to come to any sort of conclusion either way on the infinite boundaries of Christ’s atonement. We therefore turn to a few of the more popular scriptures that have been used in this debate. We begin with the Apostle Paul, who said:

God, who at sundry times and in divers manners spake in time past unto the fathers by the prophets, Hath in these last days spoken unto us by his Son, whom he hath appointed heir of all things, by whom also he made the worlds (Heb. 1:1-2)
.
And again, the Lord said to Moses:

And worlds without number have I created; and I also created them for mine own purpose; and by the Son I created them, which is mine Only Begotten (Moses 1:33).

Each of these two scriptures plainly state that “worlds” (plural) were created by the Son of God. Furthermore, that these worlds are referring to actual earths populated by God’s spirit children (and not simply referring to the uninhabited worlds in our solar system for example), is made clear in the Doctrine and Covenants, in which Joseph Smith stated:

And now, after the many testimonies which have been given of him, this is the testimony, last of all, which we give of him: That he lives! For we saw him, even on the right hand of God; and we heard the voice bearing record that he is the Only Begotten of the Father—That by him, and through him, and of him, the worlds are and were created, and the inhabitants thereof are begotten sons and daughters unto God. (D&C 76:22-24).

The argument here is that if Christ was the creator of more than one world, wouldn’t he be the redeemer of these worlds as well? While this logic makes sense, the counter argument is this: These scriptures do not name Jesus as the creator. Rather, these scriptures name “the Son,” and the “Only Begotten” as the creator of worlds. We must remember that these phrases (and similar phrases such as “The Firstborn”) are titles, and as titles, they may be applied to more than one individual at any given time. Although Christ fits each of these titles pertaining to our earth, who is to say that there are not others who are deserving of these same titles pertaining to other earths? For example, God said to Moses:

And as one earth shall pass away, and the heavens thereof even so shall another come; and there is no end to my works, neither to my worlds (Moses 1:38).

What if, after each created earth had come and gone, God started this process all over again?  In other words, before each earth is created, our Heavenly Father creates a host of spirit children to populate a particular earth, and among these spirit children there is a Firstborn spirit who is given the birthright and responsibility of redeeming that particular earth.  Once this earth has been redeemed, our Heavenly Father begins anew, with another round of spirit children and a new Firstborn. If the Firstborn in each instance was also given the responsibility of creating the earth for that particular round of creation, then we could truly state that “the worlds [plural] are and were created” by “the Only Begotten of the Father” (D&C 76:23-24).

Every Earth Has Its Redeemer

Perhaps the best argument in this debate comes from a statement made by President Brigham Young, where he said:

According to Brigham Young, every earth has “its redeemer.” But does this mean that every earth has a different redeemer? Or could Jesus be the redeemer of each of these earths through the atonement that he performed here on our earth? Turner answered this question best when he said: 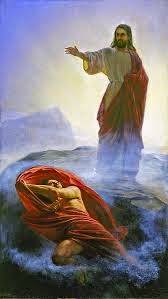 It might be argued that [Brigham Young’s] remarks only mean that every earth has to be redeemed by the Savior. However, “its redeemer” is in juxtaposition with “its tempter.” If there is but one Savior for all worlds, is there but one devil for all worlds as well? A single, cosmic Satan is highly unlikely…. [Satan] is doomed to suffer the fulness of the second death (D&C 29:28–30; 76:33, 44–48). Consequently, he will be unable to fill the role of adversary in future worlds.[7]

It is admitted that much of this is speculation. However, regardless of which side one falls on in this debate, one thing is certain: Jesus Christ performed an infinite atonement which has the power to exalt all of us if we rely upon him.