The Prophetic Dreams of Joseph in Egypt

Many are familiar with the series of dreams associated with the story of Joseph in Egypt.  These are the dreams that Joseph either had himself, or dreams he interpreted for others.  However, what many of us may not have realized is that these dreams were prophetic of future events.[1]  In short, these dreams tell a story: the story of God’s dealings with his covenant people Israel.

shall the Jews look upon me and say: What are these wounds in thine hands and in thy feet?  Then shall they know that I am the Lord; for I will say unto them: These wounds are the wounds with which I was wounded in the house of my friends. I am he who was lifted up. I am Jesus that was crucified. I am the Son of God.  And then shall they weep because of their iniquities; then shall they lament because they persecuted their king. (D&C 45:48-53)

With this background, we turn to Joseph’s first two dreams.

In Genesis, Joseph describes his first dream as follows:

For, behold, we [Joseph and his brothers] were binding sheaves in the field, and, lo, my sheaf arose, and also stood upright; and, behold, your sheaves stood round about, and made obeisance to my sheaf. (Genesis 37:7)

As we continue in Genesis, we read of a second dream Joseph had:

And he dreamed yet another dream, and told it his brethren, and said, Behold, I have dreamed a dream more; and, behold, the sun and the moon and the eleven stars made obeisance to me. (Genesis 37:9)

These dreams were fulfilled when Joseph’s brothers bowed to him in Egypt.[12]  However, these dreams were also given to teach of something deeper.  In the scriptures, stars are often used to represent God’s children: “the morning stars sang together, and all the sons of God shouted for joy.”[13]  Similarly, wheat is also used to represent God’s children: “the field is white already to harvest.”[14]  Therefore, these two dreams had but one and the same meaning. In each dream, both the wheat and the stars (God’s children), bowed before Joseph (who was a type of Christ).  While these dreams taught Joseph’s brothers of their temporal savior, they are also meant to teach us of ours.  It was at the council in the pre-existence, where we surrounded Christ and gratefully acknowledged him as our Savior.

After this council, the earth was created by the Savior, who was then able to come to this earth and provided the atonement.  The next two dreams that Joseph interprets were meant to teach of this very event.  As you may recall, these two dreams—given to the butler and the baker—were interpreted by Joseph during their stay in prison.  We read in Genesis,

And the chief butler told his dream to Joseph, and said to him, In my dream, behold, a vine was before me; And in the vine were three branches: and it was as though it budded, and her blossoms shot forth; and the clusters thereof brought forth ripe grapes: And Pharaoh’s cup was in my hand: and I took the grapes, and pressed them into Pharaoh’s cup, and I gave the cup into Pharaoh’s hand.

And Joseph said unto him, This is the interpretation of it: The three branches are three days: Yet within three days shall Pharaoh lift up thine head, and restore thee unto thy place: and thou shalt deliver Pharaoh’s cup into his hand, after the former manner when thou wast his butler. (Genesis 40:9-13)

Many of the images in this dream remind us of Gethsemane.  Christ said “I am the vine.”[15]  In the butlers dream, this vine brought forth grapes, which were pressed and put in a cup.  Luke 22 comes to mind:

Father, if thou be willing, remove this cup from me: nevertheless not my will, but thine, be done.  And being in an agony he prayed more earnestly: and his sweat was as it were great drops of blood falling down to the ground. (Luke 22:42-44)

We continue in Genesis:

When the chief baker saw that the interpretation was good, he said unto Joseph, I also [had a] dream, and, behold, I had three white baskets on my head: And in the uppermost basket there was of all manner of bakemeats for Pharaoh; and the birds did eat them out of the basket upon my head.

And Joseph answered and said, This is the interpretation thereof: The three baskets are three days: Yet within three days shall Pharaoh lift up thy head from off thee, and shall hang thee on a tree; and the birds shall eat thy flesh from off thee. (Genesis 40:16-19)

Just as the butler’s dream pointed to the atonement of Christ, so too does the baker’s dream.  Here the baker beheld three baskets.  The upper basket of the three contained bread.  The symbolism of these baskets is easy to see when viewed through the eyes of Golgotha, for it was at Golgotha where Christ—the bread of life—was crucified.  Christ was the “uppermost basket” and the only basket of the three which contained bread.[16]  Furthermore, according to the Apostle Peter, Christ “hanged on a treee,” as did the baker.[17]

To recap, so far our dreams have told Israel’s story.  In the pre-exsistance, we all bowed to Christ and accepted him as our Savior, as represented in dreams one and two.  This Savior then came to earth and provided an atonement so that Israel could be saved, as represented in dreams three and four.  The next two dreams tell of the great apostasy that occurred after Christ provided this atonement.  We read in Genesis:

We are all familiar with Joseph’s interpretation of these dreams.  There was to be seven years of famine following seven years of plenty.  As we have just mentioned, in our story, this famine represented the great apostasy:

Behold, the days come, saith the Lord God, that I will send a famine in the land, not a famine of bread, nor a thirst for water, but of hearing the words of the Lord (Amos 8:11)

These six dreams all lead up to the crowning event in our story.  Joseph is made second in command in all of Egypt.  During the famine, it was his responsibility to bring food to the Gentiles in and around Egypt, as well as to the House of Israel.  This crowning event was fulfilled in our day when the Gospel of Jesus Christ was restored to the earth.  Because of this event, both the Gentiles and the House of Israel could be spiritually feed, despite the famine of the Great Apostasy. 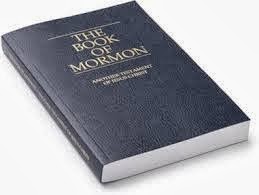 Interestingly enough, during his stay in Egypt, Joseph had two sons: Ephraim and Manasseh.  This is significant because the Book of Mormon was written mainly by the descendants of these two tribes: Lehi was from Manasseh,[18] and many of Lehi’s children married into Ishmael’s family, who was from the tribe of Ephraim.[19]  Therefore, in the story of Joseph in Egypt, the birth of his two sons represents the coming forth of the Book of Mormon, which aided in the restoration of the Gospel of Jesus Christ.  Because of these events, both the Gentiles and the House of Israel are fed spiritually.